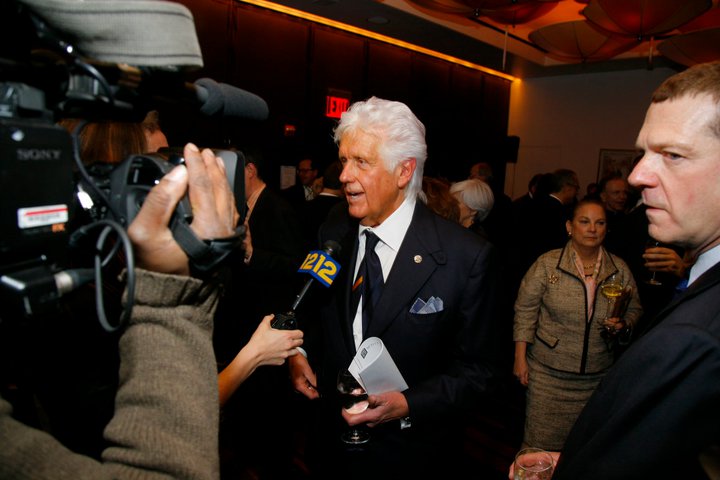 John O’Brien was a priest of the Roman Church according to the ancient Order. He had a marvelous gift and not since Monsignor Ed Connors have we had someone stand up in front of a Westchester congregation to preach about the Carpenter’s Son with as much grace and eloquence.

O’Brien, a gentle man, spoke with a raspy, gritty croak caused by the thousands of cigarettes that killed him. But he reached into many hearts with that great gift of expression which accompanied him when he went to work in a church.

He was a Christian Brother for many years before entering the priesthood late in life. And so, instead of standing in a classroom before 35 rowdy kids, John O’Brien, in recent years, did his teaching and his preaching too in front of many of all ages every Sunday and on the days of Obligation.

He didn’t speak with the brilliance of a Jesuit orator or the scruffy humanity and relentless compassion of the Franciscans. There was only a stark honesty to O’Brien who spoke with some intimate knowledge of the long-remembered, timeless wisdom of the church fathers. You could hear the cigarettes, the wheeze and the rattle in his soft voice as he whispered those ancient truths in stunningly simple homilies.

The old priest was uncomfortable presiding way up in the pulpit lording it over everyone. He always did his best work at eye level on the floor up close to the people huddled in their pews.

I’ve seen the priest O’Brien in hospital rooms mumbling the rosary for comatose patients who couldn’t even hear him. And I observed him consoling a family following the untimely death of a beautiful young man. I also saw the Irishman with the Roman collar go after rich contractors and road builders from Scarsdale to persuade them to help his parish. He was something to behold when shaking the money tree.

But being Irish, John O’Brien was at his best at funerals … praying and often shedding his own real tears over the deceased and dearly departed ranging in age from 84 to 22. But he was gentle and kind and had a great way about him through it all in every season.

I remember one winter day, not unlike this one, when the priest stood in front of grieving relatives at a funeral Mass for that young man:

You’re filled with sorrow now. But Faith tells us, assures us, all is well … because … His name is Emmanuel … and I am with you always. Even to the End of the world. It was His name at the Beginning. And it is His name at the End.

He was not a high church kind of priest. And you could not imagine O’Brien strolling in some Vatican garden taking his constitutional clad in a finely tailored cassock adorned with a purple sash or scarlet trim speaking in hushed diplomatic tones with hands clasped casually behind his back.

And yet, despite his aversion to pomp and pretension, it was announced that several bishops and elders of the Church will pray over the Reverend John P. O’Brien at St. Pius X Church in Scarsdale this weekend, including the new Archbishop Timothy Dolan who, one is sure, is O’Brien’s kind of guy. Come to think of it, you couldn’t imagine Dolanstrolling in that Vatican garden with the Canon lawyers and diplomats either.

As he lay dying this week at New York University Hospital in the great city, someone sent the priest a note: “You are loved and respected.” I hope he got it and understood it through all the tubes and painkillers.

And so Timothy Dolan himself will preside at Mass on Saturday. The Archbishop brings a wonderful joy and dynamism to everything he does. But who, I wonder, will reach out and grab people by the throat and tug at their hearts to tell those assembled once more in sadness and mourning just how very special the old priest with the gravelly voice really was …?

Before he left us last week, the pastor of St. Pius X Church in Scarsdale sat at his desk in the parish rectory to write a Christmas message. It was to be his last homily. The priest was wracked with pain. But there were many things to do to get the parish ready for the holy season. He knew he was dying and the very next day John O’Brien would check himself into a New York hospital. So he worked quickly, but carefully. This is what he wrote as he sat in loneliness and silence on that cold day last week in Scarsdale …

All is calm, all is bright.”

A holy night to be sure, but hardly silent and anything but calm.

The “silence” of that night was shattered by the blood curdling cries of wild animals roaming the hillsides. In a cold, dark cave a young, frightened woman gave birth to her child while her husband, a carpenter by trade, stood by helplessly.

Finally, amid the bleating of sheep and the braying of animals, the newborn’s first cry broke the stillness. This “silent night” was filled with terror, pain and the bone-numbing exhaustion that sleep alone cannot relieve.

There was no “silence” that night so long ago in crowded, chaotic Bethlehem, bursting with visitors who had come for the great census. In fact, there was no “calm” in all of Israel – only tension and conflict between the Jewish people and their Roman occupiers. Ancient Palestine was hardly a place of “heavenly peace.” It was a land torn by oppression, persecution and terror. Madness reigned.

And yet … on this noisy, chaotic, anxious night, our Savior, the Light of the World was born. Amid the pain and anguish of a devastated people, new hope was born. The Messiah came at last with transforming joy.

Even though our world today may once more seem far from “silent,” our Church far from “holy,” our personal lives far from “calm,” the Prince of Peace has blessed our flawed and fractured world by walking upon it, by loving those in it relentlessly and unconditionally, and by laying down his life for all who pass through it.

For he would rather die than to live in eternity without us.

Emmanuel! God is with us! Let earth receive her King!

He retired with the gift.